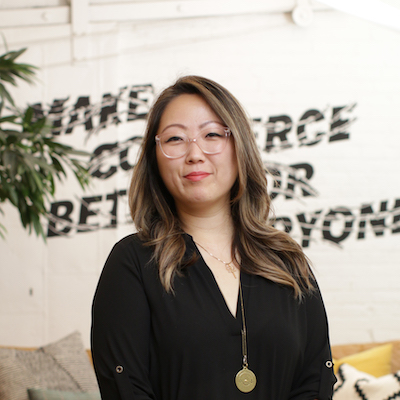 Steph is a product designer at Shopify who has worked on complex projects involving systematic and infrastructural design such as single sign on (SSO) and third party partner billing.

She comes from a background of graphic design, working as an art director for studios and ad agencies in Toronto before pivoting into digital mediums. She’s worked at a number of tech companies in product areas such as productivity apps, marketing tech and commerce.

She’s a creative problem solver who is passionate about improving every human experience and sees it as an opportunity to use her skills to pay it forward. When she’s not analyzing and distilling problems to solve, you can find her caring for her 75 plus plant babies.

An API is an interface between a server and a client. When the client is not your own, the API becomes the interface consumed by an end-user (eg. third party app developer). Like any interface, the heart of scalable and intuitive APIs is great user experience, but the UX of an API is rarely considered. It may not be intuitive, but thinking of an API as a user experience problem by integrating UX strategies can help developers and product managers create stronger API’s that are easy to use and adopt.

In this talk I’ll share the impact of working with UX on developing an API using real examples and lessons learned from upgrading Shopify’s own API. Throughout its development, we applied UX thinking by identifying use cases, defining user-centred domain models and abstracting conceptual models that helped us understand what we needed to build. We then structured the schema, named and defined objects, outlined their relation to each other and created the docs. All of this was supported by insights from user interviews and research which greatly impacted how it was received at launch. Learn how to structure your APIs by thinking about the UX.